Energy costs turning up the heat on practice finances

While patients may be worried about paying their spiralling energy bills this winter, they should spare a thought for GP practices too.

Traditionally, the vast majority of practices have received no financial support with their energy bills, unlike their water and business rates, although the recently introduced  Government Energy Bill Relief Scheme has helped slightly.

Despite this, growing energy bills are hitting practices hard, with some bills doubling or trebling.

One practice in the Highlands of Scotland, for example, is facing a monthly bill rise from £900 per month to £1,750 from January, and that’s without any significant growth in consumption.

Doctors are aware of the issue and GPs at the recent BMA’s Local Medical Committee (LMC) conference, held in November, voted for a motion to address rising energy costs.

It called on the BMA to negotiate with NHS England for “in-year intervention” in the form of extra funding to tackle inflationary pressures that were “unforeseen at the introduction of the current GP core contract”.

Doctors speaking at the conference said they had recently seen some large practices unexpectedly collapse as a result of rising costs.

Practice managers are well aware of the pressures, as Andrew Vickerstaff in Ross-shire, Scotland explains: “We are a two-site practice and the practices are about 13 miles apart, both owned, operated and maintained by our local health board, NHS Highland.

“We occupy the majority but not all of both sites. The practice only pays the electricity bill for one of the sites and the other is paid by the health board.

Another practice manager who wishes to remain anonymous is facing a similar problem:

“We’re very rural, so no mains gas. For some inexplicable reason, our building is heated by electricity and our electric bill has historically been in the £12-14K ballpark per year.

“After a lot of work, we got the bill down to £9K or so, thanks to LED lights, insulation, better heating controls, getting rid of the on-site phone server (now in the cloud) and washing machine/tumble drier. We came off a fixed tariff in August, and our day rate has gone from 16p/kWh to 54p. The total bill is now going to be £33K per year – it has more than trebled.”

In September, then Prime Minister Liz Truss announced a set of measures to support businesses and households with rising energy costs and this included GP practices. The promise was that GP practices would have their energy bills capped under the scheme, coming into force from October 2022 until March 2023.

The new Government Energy Bill Relief Scheme was intended to take the sting out of rising energy bills for businesses but seems to have fallen short and will be reviewed to decide if it will continue, and at what level, beyond March 2023.

The Institute of General Practice Management Chair Nicola Davies says: “There was a suggestion there was going to be some help and support immediately for those practices who were struggling. The question now is what about those practices who are on a fixed tariff and who are managing at the moment, but come the deadline for their tariff to be renewed, will go back to square one and have that same problem.”

The anonymous manager is sceptical, saying: “Yes, there’s supposed to be tariff support for businesses, but it’s not clear how that will work or what the savings might be. We’re investing in heat pumps to reduce the heating element of the bill, but this still involves a chunk of partnership investment.

Practices struggling to heat their consulting rooms are debating whether they should be using them at all.

Andrew says: “One of the GPs messaged me yesterday to say the consulting room was at 14 degrees when she came into work yesterday, which is far too cold to work in and impractical. The only heating we have available in those rooms is portable convector space heaters.

“We’re in the middle of a very cold snap at the moment with snow. Notwithstanding the costs, we’re struggling to make the building usable. It’s an exasperating situation.

“We’ve brought this to the attention of the health board in multiple ways and we’re attempting to take a different approach involving the BMA’s LMC.

In the Highlands, Andrew says he’s having to consider what he describes as the “Armageddon option” of closing one of the two sites.

“We’ve got two sites and we could just stop using one,” he says. “We’re left with that kind of Armageddon final solution, but it would be really bad for our staff, for the patients and bad for service delivery.

“It would also be bad for our clinicians because we’d have to move to a two-shift-type operation at the other site. Our practice list is 2,350 patients but they’re spread over 720 square kilometres which is roughly twice the size of Greater Glasgow.

“It would be incredibly disruptive to patients, especially at the current time. It’s the patients who feel the pain if we have to do anything about it, so we’re in quite a quandary.”

Nicola agrees that the disruption to patients from potential practice closures should not be underestimated but says there are a few obvious solutions such as more remote consultations.

“What practices could potentially do is work in hubs,” she suggests. “Could you get practices to work within their network collaboratively?

“Perhaps only one surgery would open but every patient would have to access that surgery. At worst, for my patients, if we decided to go to our biggest practice as a hub, that’s a 46-mile round trip for my patients, potentially for a 15-minute appointment with a doctor or a nurse. Is it sensible to ask a patient to do that?”

Keeping practices open and warm this winter will prove challenging for all practices. 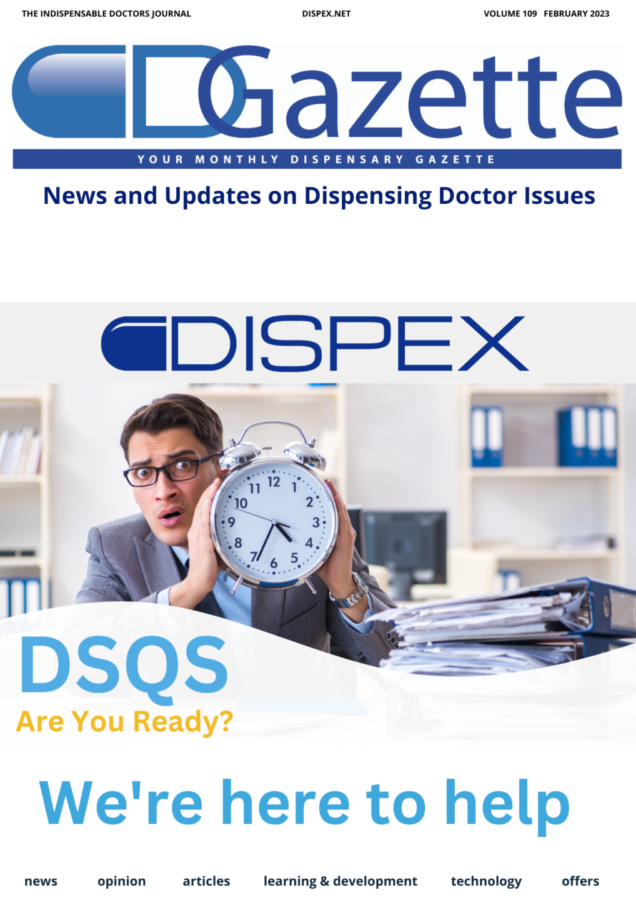